There are many facts about Australia which will surprise you. Apart from its wonderful climate and easy going way of life, Australia has a lot more to offer to anyone who chooses to come here to study or settle. A few facts first : did you know Australia has the third highest number of international students in the world behind only the United Kingdom and the United States despite having a population of only 23 million? Not surprising when you consider Australia has seven of the top 100 universities in the world! In fact, Australia sits above the likes of Germany, the Netherlands and Japan, ranking eighth in the Universitas 2012 U21 Ranking of National Higher Education Systems.
The VET (Vocational Education & Training) sector in Australia also attracts students from around the world - thanks to their range of courses which are known to focus more on providing practical and work-orientated occupational skills. Most VET courses are provided through Registered Training Organisations (RTOs) as well as government institutions, called Technical and Further Education (TAFE) institutions. VET courses are part of national training packages that are updated regularly in consultation with relevant industry bodies. VET courses, particularly at the diploma and advanced diploma level, can often lead into higher education courses such as bachelor degrees
Australia has five of the 30 best cities in the world for students based on student mix, affordability, quality of life, and employer activity – all important elements for students when choosing the best study destination. And with more than a $200 million more than a $200 million provided by the Australian Government each year in international scholarships, it can be even easier for you to come and experience the difference an Australian education can make to your future career opportunities. 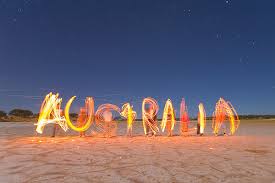 Knowing the average living costs in Australia is an important part of your financial preparation. For your reference, here are some of the costs associated with living and studying in Australia. (All costs are in Australian dollars and linked to the consumer price index.)

The Department of Immigration and Border Protection has financial requirements you must meet in order to receive a student visa for Australia. From 1 July 2016 the 12 month living cost is:

Following figures were obtained from www.StudyInAustralia.gov.au

Following figures were obtained from www.StudyInAustralia.gov.au

Please visit these websites as they will give you information about the amazing and wonderful country and why you must start begin your journey !
Currency Convertor All costs are per year in Australian dollars. Convert your currency to Australian Dollars$$.
Money Smart The Australian Government provides information and guidance on managing your finances. You can read more at
Living Cost Calculator The 'Insider Guides Cost of Living Calculator' is also a useful tool to help estimate your cost of living (opens in a new window) in Australia